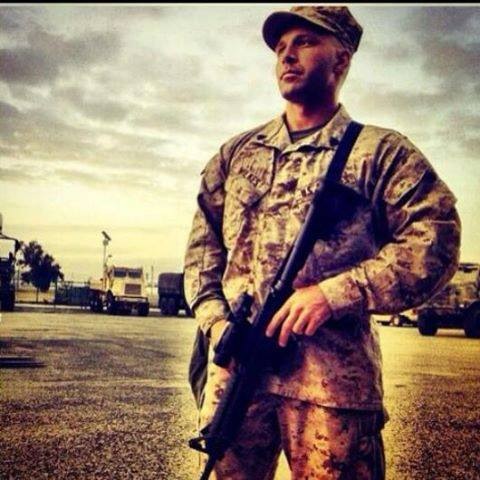 About Our Beloved Jesse

Categories: There is no tags

“The courage of a soldier is heightened by his need to protect his fellow soldiers.” – J Bartell

Marine Sargent Jesse Allen Wilkes grew up in the San Fernando Valley. He graduated from El Camino Real High School and Cal State Northridge. His marine reserve was deployed to Afghanistan where his primary mission in consisted of running the Howitzer guns of an artillery unit. Jesse had dreamed of serving his nation since childhood. He was a dedicated marine giving 6 years of his life to his country.

Jesse participated in a neighborhood dodgeball club and was a member of Silent Natives, a motorcycle riding club made up mostly of veterans. Jesse just settled into a home in Chatsworth and adopted a new puppy Loki, who passed 10 weeks after Jesse’s death. Jesse’s friends and family continue to fight for change in his memory.

Jesse faced many dangers during his tour in Afghanistan. His training and bravery allowed him to survive the volatility of insurgency and return home safely in December, 2009. But the 27-year-old was defenseless on April 27, 2013 when a driver cut in front of his motorcycle to make a left-hand turn on Devonshire Street and Winnetka Avenue in Chatsworth. Jesse, this brave Marine, died shortly after the impact. ”The biggest fear of a motorcyclist is that a person in an automobile will make a quick left hand turn in front of them without any notice. The accident could have been prevented with a left turn signal in place and working correctly,” said Jesse’s mom, Kimber Lee Wilkes of Westlake Village.

On May 1, 2013, Jesse’s family and friends in the thousands, including fellow motorcyclists, marines and fraternity brothers,  gathered for a candlelight vigil at the crash site, to pay tribute to this decorated American hero. Also attending the vigil in Chatsworth were Los Angeles Council members Dennis Zine and Mitchell Englander, who announced the dedication of this intersection to Jesse, calling it the Jesse Wilkes Memorial Intersection. In addition to installing a protected left-turn arrow at the intersection they would install a plaque at the site, with Jesse’s name on it.

As a result of the tragedy, the family and friends of Jesse, have begun a campaign to prevent similar tragedies from happening to other families. Kimber, Jesse’s mother, Bill Lassetter, Jesse’s stepfather, and his many friends created The Jesse Wilkes Memorial Foundation.

The money raised will be used to work with politicians to make safer intersections and also given to families of victims who cannot afford to either get medical treatment or lay to rest their beloved. The Jesse Wilkes Memorial Foundation works to raise awareness about cars and motorcycle safety(sharing the road with all vehicles) and promote traffic safety at major intersections. Donations will be used for installing protected left hand turn arrows at dangerous intersections throughout California. “That way drivers won’t have the opportunity to make wrong decisions, the designated left hand turn arrows will take the guess work out of the equation,” said Kimber. “It is my goal to make our society safer and never have another parent feel the same pain and loss associated with losing a child, that I feel. Jesse was a valiant soldier, serving his country in Afghanistan and he did not deserve to lose his life to someone’s carelessness. That fleeting second and the driver’s wrong decision changed his and our lives forever.”

© 2021 No copyright information has been saved yet.